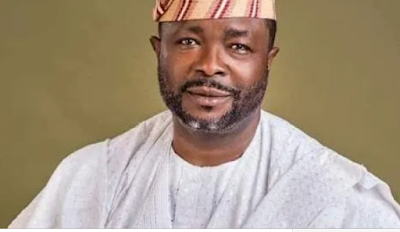 Osinowo, known as “Pepperito” in political circles, died after a brief illness on Monday.

He had been reportedly admitted at the hospital for weeks.

He died at the First Cardiology Consultants Hospital, where prominent Nigerians are receiving treatment for COVID-19.


In a statement, Ola Awoniyi, Lawan’s special adviser on media, said the senate president is shocked at the news of Osinowo’s death.

He condoled with the family of the deceased as well as the government of Lagos state over the loss.

“President of the Senate, Ahmad Lawan, has received with shock and sadness the news on Monday of the death of Senator Adebayo Osinowo,” the statement read.

“Lawan condoled with Senator Osinowo’s family, friends, political associates and also the government and people of Lagos State over the loss.

“Lawan said Osinowo served his country creditably as a Distinguished Senator at the Ninth Senate which marked its first anniversary only last week. Osinowo was the Chairman of the Committee on industries.

“The Senate President said the pains of Senator Osinowo’s untimely departure will be felt by his Distinguished colleagues and the National Assembly in general.

“Lawan prayed for sweet repose of his gentle soul  and for God to grant those he left behind the fortitude to bear the loss.”

Osinowo made the headlines after defeating Gbenga Ashafa, then an incumbent senator, in the 2019 primary election of the All Progressives Congress (APC) in Lagos east.

He was a four-term member of the Lagos house of assembly, where he represented Kosofe constituency.

Until his death, Osinowo chaired the senate committee on commerce, industries and investment.

Osinowo is the fourth senator to die in the current senate inaugurated last year.