We will defeat APC in Ondo – Jegede 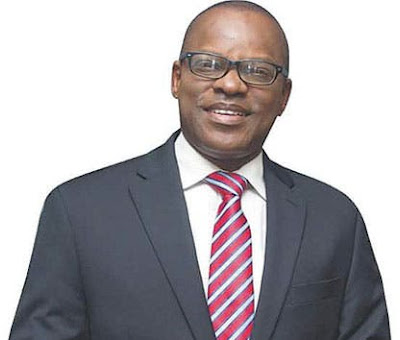 Leading Peoples Democratic Party, PDP, governorship aspirant in Ondo State, Mr. Eyitayo Jegede, SAN, has expressed confidence that his party will defeat the incumbent, Govermor Rotimi Akeredolu and the All Progressives Congress, APC,  in the coming governorship election in the state.

Jegede said with crises of different dimensions tearing the APC apart at various levels, the APC has become a sinking ship from which people are trying to bail out.

“APC’s days are numbered not only in Ondo State but also all over the country.The crises that have engulfed the APC are ominous signs that things have fallen apart within it. Everyone can see that they are no longer at ease. A fish rots from its head. APC is crisis-ridden from the very top. They no longer know where their ship is sailing. A party that cannot govern itself cannot govern anyone else”.

Reacting to reports that some politicians are courting the PDP, Jegede said the more, the merrier.


“We are the beautiful bride and we welcome them with open arms but no one can come with conditionalities.

When you are returning to a house you abandoned when you were needed most, whereas others waited, toiling day and night to make the place into a pleasurable home you now desire, you must come with humility, and responsible behaviour. You have to respect us and the great job we have done.

“We are democrats in the PDP and the sky is wide enough for all of us. No imposition and no dictatorship. A politician’s popularity must be his asset”

Speaking specifically on reports that the incumbent Deputy Governor of Ondo State, Mr. Agboola Ajayi, is wooing the PDP, Jegede said he is welcome to test his popularity.

“Tell him to come over quickly and join the PDP. We are the winning party with a winning mentality. He and others like him should abandon APC’s sinking boat”.

Jegede, who spoke through the former Ondo State Commissioner for the Environment, Chief Lebi Adepiti, noted that APC members all over the state are abandoning APC’s sinking ship and moving in droves into the PDP.

“The handwriting is clear on the wall. Now is the time; we are the ark of Noah and torrential rains have started beating APC. Tommorow may be too late for any decampee. It is clear to everyone that the APC is not only crisis-ridden, but is also a sinking ship with no rescue plan in sight.

“Let the politicians with foresight save their political career by joining us in the PDP as we are poised to dislodge the APC from the Government House, Akure during the coming governorship election. Politics is a game of numbers and we are clearly in the majority in the state going by the results of recent elections.

“We won two of three Senatorial seats and trounced them in the presidential election. Even in the other areas, they only robbed us of victory, which shall never happen again”.

Jegede said as the leading contender for the PDP flag, he would not rest on his oars until victory is achieved in the forthcoming governorship election.

“Our door in the PDP is wide open for people to come in as we take our campaign to all the nooks and crannies of our dear state”.

He paid kudos to the PDP leadership at national and state level for the responsible and mature way it has piloted the affairs of the party.

“Placed side-by-side the sordid state of affairs in the APC, the difference is clear”, he said.

Both in Edo and Ondo states where elections are due in a few months’ time, the APC has splintered into factions.

In  Edo, Gov. Godwin Obaseki and now suspended APC chairman Adams Oshiomhole’s battle for supremacy has paralysed the party while in Ondo, deputy governor Ajayi has been estranged from the governor, Mr Rotimi Akeredolu.

Besides, there are fears that a repeat of the Zamfara and Rivers State debacle when the APC could not hold credible primaries may be staring it in the face again in Edo and Ondo states.

Jegede, the PDP flagbearer in the Ondo 2016 governorship election, expressed confidence that he would clinch the PDP ticket for the October poll.

He added that the disenchantment of the people of the state with the lacklustre performance of Gov. Akeredolu in particular and the APC-led government in general would ensure the enthronement of a PDP government come next February.

“After the 2016 election, we have remained steadfast and have helped to re-build the PDP to the winning party that it now is.

“From our tour of communities across the state, it is clear that the PDP and Eyitayo Jegede are the choice of the people of Ondo state.

“We have endeared ourselves to the people  and, without doubt, they are rooting for us”, he added.