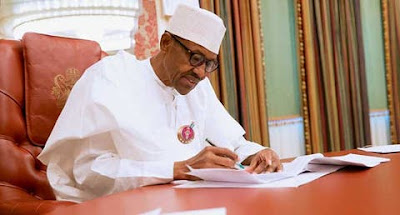 The President, Major General Muhammadu Buhari (retd.), has approved the appointment of a Deputy Commissioner of Police, Aliyu  Musa, as his Chief Personal Security Officer.

The Senior Special Assistant to the President on Media and Publicity, Garba Shehu, disclosed this in a statement on Monday. According to the statement, Musa from Nigerian Police Force Zone 5, Benin City, as his last station, hails from Niger State.

Dauda is one of the security operatives redeployed from the Presidential Villa in the wake of the shooting incident that involved security aides attached to the President’s wife, Aisha.


Aisha and her security details had stormed the official residence of the President’s Personal Assistant, Sabiu Yusuf, in an attempt to force him into 14-day isolation after his travel to Lagos considered to be the epicentre of COVID-19 in Nigeria. It was learnt that Musa resumed work officially on Monday.