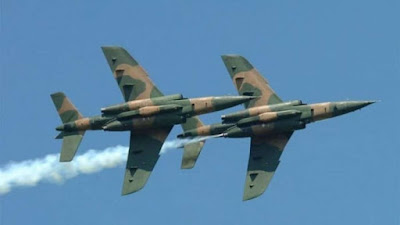 The Nigerian military has released video of Saturday’s aerial operation against Boko Haram and ISWAP terrorists.

Soldiers foiled an attempt to breach the town, although locals say the insurgents killed some civilians before troops’ intervention.

Military spokesman, Major General John Enenche, in a statement on Sunday, said many terrorists were neutralized.

Four of their gun trucks were destroyed, while troops captured some fighters and their weapons.

The Defence Headquarters hailed them for the “dexterity and professionalism” exhibited during the operation.

“The troops are further encouraged to remain resolute and decisive in their ground and air offensives in the theatre,” Enenche said.