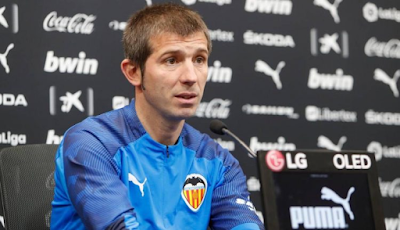 Spanish La Liga clubside Valencia said on Monday they had sacked coach Albert Celades and appointed sporting director Voro until the end of the season.

The team have picked up only four points in five matches since the season re-started after the COVID-19 hiatus, slipping way behind in contention for UEFA Champions League qualification.

Back-to-back defeats by Eibar and Villarreal respectively left them eighth in the standings on 46 points, eight points behind fourth-placed Sevilla with six games remaining.

Valencia appointed Celades last September after taking the surprising decision to dispense with Marcelino, who had led the club to successive top-four finishes.


This had ended an 11-year wait for a major trophy, and Marcelino had guided them to win the Copa del Rey.

Celades had never previously been a first team coach at club level.

He had built his reputation as Spain’s under-21 coach and as an assistant to Julen Lopetegui with the Spain side and Real Madrid.

Celades made a difficult start in losing his first game in charge 5-2 to FC Barcelona.

But he improved his reputation by taking the team into the last 16 of the UEFA Champions League, where they were eventually knocked out by Atalanta 8-4 on aggregate.