US has deep internal crisis – Putin reacts to anti-racism protests 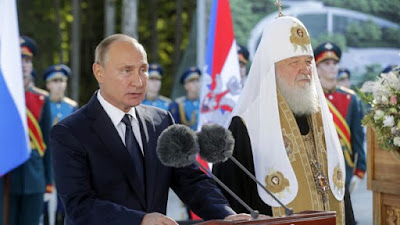 The US has in the past few weeks been overwhelmed by protests against racism.

This became necessary following the death of George Floyd, who was killed by a white police officer.

But Putin speaking in an interview with Russian Tv, ‘Rossiya-1’ said he supports the fight for black supremacy but condemns rioting.

According to him, “If this fight in the US for natural rights, legal rights, turns into mayhem and rioting, I see nothing good for the US.

“We have never supported this, the black Americans’ struggle for equality has been long-standing problem of the United States.

“We always in the USSR and in modern Russia had a lot of sympathy for the struggle of Afro-Americans for their natural rights,” he said.

Putin added that nothing good will come out of protests if crimes are committed during the demonstrations.

He stressed that the unrest in US was linked to the coronavirus pandemic which has shone spotlight on general problems.

According to him, “The Protest is a sign of “deep-seated internal crises” in the United States.

“The “fundamental basis of American democracy will allow the country to escape this series of crisis events”.

“The pulling down of statues is undoubtedly a destructive phenomenon”.