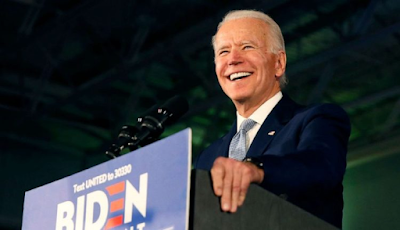 “It was an honour to compete alongside one of the most talented groups of candidates the Democratic party has ever fielded – and I am proud to say that we are going into this general election a united party,” Biden said in a statement.

Biden passed the 1,991-delegate threshold required to seize the nomination, according to data by the Associated Press.

The victory is largely symbolic as Biden has been the only candidate left in the Democratic race after left-wing Senator Bernie Sanders bowed out in April.


More than a dozen states have delayed their primary contests or switched to voting-by-mail due to public health concerns amid the coronavirus pandemic.

Biden is a long-time member of the party establishment, having served as a senator for decades, and was vice president under former President Barack Obama.