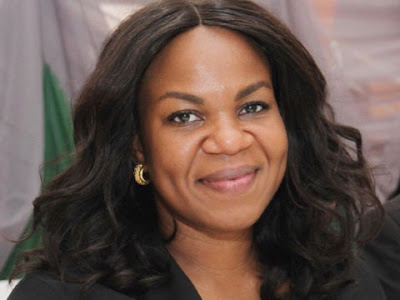 The United States International Development Finance Corporation (DFC) Board of Directors has approved the first members of the agency’s inaugural Development Advisory Council of which Nigeria’s Damilola Ogunbiyi is one.

The members will advise the agency on ways to increase development impact.

“These individuals have championed private sector-led global development and dedicated their careers to helping communities in need. They bring a wealth of experience that will be instrumental in helping DFC carry out its development mandate. I look forward to the first meeting of the Development Advisory Council in the near future.”


The Development Advisory Council was established by the Better Utilization of Investments Leading to Development (BUILD) Act of 2018, which created DFC. Members are appointed by DFC’s CEO in consultation with the agency’s Chief Development Officer and with the approval of its Board.

The first members of the Development Advisory Council include:

Bashar Masri: As Founder and Chairman of the Board of Massar International, Masri spearheads investment in agriculture, technology, financial services, and other sectors that advance development across the Middle East and North Africa. He has dedicated his career to promoting economic prosperity and growth throughout this region.

Michelle Nunn: Nunn is President and Chief Executive Officer of CARE USA, a humanitarian organization that fights global poverty and provides lifesaving assistance in emergencies. In this role, she has led several ambitious initiatives and sharpened the organization’s focus on collaboration with the private sector.

Damilola Ogunbiyi: Ogunbiyi serves as Chief Executive Officer and Special Representative of the United Nations (UN) Secretary-General for Sustainable Energy for All and Co-Chair of UN-Energy. Prior to her appointment to these roles by UN Secretary-General António Guterres, she held various leadership positions in organizations focused on expanding energy access in Sub-Saharan Africa.

She also developed the Energizing Economics Initiative and Energizing Education Programme, which provides sustainable and affordable off-grid power solutions. Before joining the Federal Government of Nigeria, Ms. Ogunbiyi was the first woman to be appointed as the General Manager of the Lagos State Electricity Board, which is responsible for public lighting, independent power projects, and energy development serving millions of people across the State.

On the 29 of October 2019, the United Nations Secretary-General, António Guterres, announced the appointment of Damilola as his Special Representative for Sustainable Energy for All and Co-Chair of United Nations-Energy.

Mrs Ogunbiyi was the immediate past Managing Director of the Nigerian Rural Electrification Agency (REA), a position she occupied historically as the first woman. On January 1, 2020, Ogunbiyi released a video-statement, announcing her resumption and vision for her new appointment and efforts to achieve the Sustainable Development Goals (SDG7) in its last decade.

Edward R. Royce is another member of the Development Advisory Council, Royce served more than 25 years in the House of Representatives, including as Chairman of the House Foreign Affairs Committee from 2013 to 2019. In his current role as Policy Director at Brownstein Hyatt Farber Schreck, LLP, Royce advises international companies doing business domestically and guides multinational corporations looking to expand overseas.

The US International Development Finance Corporation (DFC) is America’s development bank. DFC partners the private sector to finance solutions to the most critical challenges facing the developing world today.

It invests across sectors including energy, healthcare, critical infrastructure, and technology. DFC also provides financing for small businesses and women entrepreneurs in order to create jobs in emerging markets.