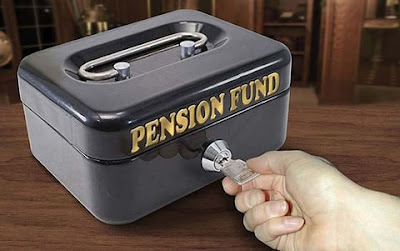 The Nigeria Police Retired Officers’ Forum has called on the National Assembly to save them from untold hardship as a result of unpaid pensions owed them by the Nigeria Police Pension Limited since their disengagement two years ago.

They also want the Senate to review the pension reform act of 2004 as it relates to the Nigeria Police force in order to return them to the old pension scheme like their counterparts in other security agencies.

In a press statement, the Kogi State Chapter Chairman, Shaibu Oke, asked the Senate to come to their aid by reviewing their membership of the Pension Reform Act 2004.

“We urge the National Assembly members to review Pencom Law so that all police retirees that were already in the force before the Act of 2004 be exempted from the contributory pension and pull us out of this uncomfortable condition.


“That the Act should take cognizance of the services rendered by the retirees before the Act and as such, their past selfless services should be remitted into their individual Accounts.

“We urge the Federal Government to review our monthly pensions which cannot take us home. How can somebody who had served his country for 35 years and retired as Assistant Superintendent of Police earns between N25,000 and N30,000. What we are saying is for the government to return us to the old scheme like our sister security agencies.”