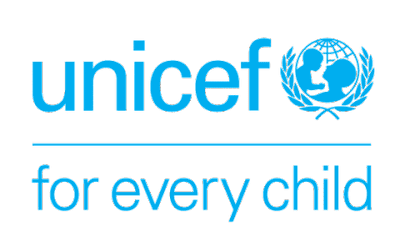 The United Nations children’s fund, UNICEF, has pleaded with traditional rulers to help protect children from violence, such as rape, during this COVID-19 era.

UNICEF gave the task in Enugu, yesterday, when it took COVID-19 proofed community sensitization campaign on Integrated child protection to the traditional rulers in the state.

The campaign which was funded by UNICEF in collaboration with Enugu state ministry of gender affairs and social development and National Population Commission was aimed at sensitizing the communities on the dangers of violence against children (VAC), ending violence against women and children, the need to increase Birth registration services, Reduce the spread of COVID-19 and child protection.

The UNICEF Chief of field office Enugu, Ibrahim Conteh, while flagging off the campaign at the palace of the Traditional ruler of Nike, HRH Igwe Julius Nnaji, said that UNICEF was moved because of the high prevalence of violence against children under the age of 18 years.


Conteh, who was represented by UNICEF Child protection specialist, Victor Nwachukwu, said that front line traditional rulers were chosen for the campaign because of their influential nature in the communities to ensure that the message penetrates into the target audience.

Conteh appealed to the traditional rulers to assist in reducing the abuse.

Earlier, a Medical Doctor with the Enugu state ministry of Health who also is a member of Enugu state COVID-19 team, Uche Okenwa emphasized on the need for the people in the rural areas to keep all the rules of cleaning their hands and protecting their nose and mouth with a face mask to avoid contacting the various.

He said that COVID-19 is real and warned that people should stop doubting the existence of it in Enugu state in Enugu state, noting that as at 14th June, 57 cases were confirmed out of which 26 were discharged, 26 are active while five deaths have been registered.

Okenwa said that 18 cases were registered just in two days after the market was reopened and advise people to always put their face mask in every social gathering.

On birth registration, Unicef advised women to ensure that their newborn children are registered with the National Population Commission, explaining some of the benefits to the people.

They also appealed to the traditional rulers to make stringent laws that would help to reduce the increasing rate of Rape in the society which the organization noticed that it increased more during the COVID-19 lockdown.

The traditional ruler commended UNICEF and the other partners for initiating and funding the program.

He promised to do his best in creating awareness and making sure certain laws are made to reduce the trend. Nnaji, however, called on the National Population Commission to make themselves to the people at the community level.