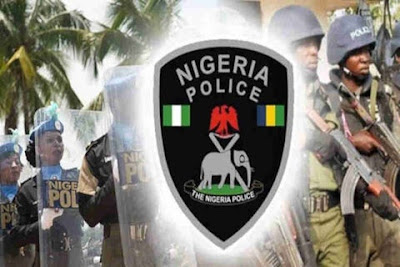 Two suspected armed robbers have been arrested for killing a petrol attendant in Akure, the Ondo state capital.

The report had it that the robbers invaded the filling station late on Tuesday.

Eyewitness account said that no fewer than eight of the suspects who stormed the filling station late on Tuesday shot sporadically to the air.

The identity of the victim could not be immediately ascertained.


Police image-maker, Tee-Leo Ikoro who confirmed the incident said that the suspects arrested are helping the police in its investigation

Ikoro told vanguard that “with the intervention of policemen, two of the armed robbers have been arrested.

”There hasn’t been such an attack in Ondo State, that is to tell you that the rate of crime in Ondo State is minimal, and with this occurrence our men immediately swung into action, leading to the arrest of two of the hoodlums.”

The state police spokesperson however noted that ” Ondo State will not be a hiding place for criminals, stressing that the command is ready to do everything possible to ensure the protection of lives and property.