Trump may not leave office if he loses – Biden 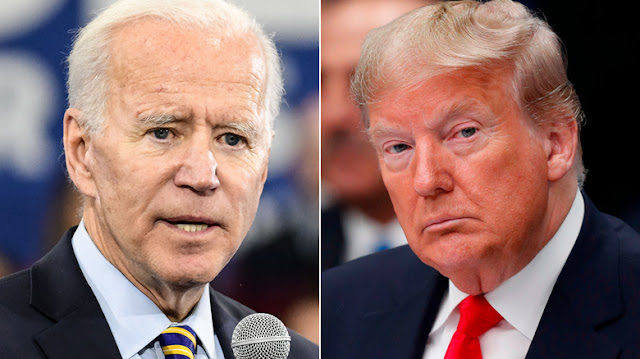 Joe Biden expressed fear that President Donald Trump will try to “steal” November’s election or not leave office if he loses, prompting the White House on Thursday to slam the Democrat’s comments as conspiracy theories.

“My single greatest concern” is that “this president’s going to try and steal this election,” Biden said.

His remarks on The Daily Show that aired late Wednesday came during a discussion of voter suppression, a spotlight issue this week following chaotic elections in some states including Georgia, where problem-plagued voting machines and hours-long lines frustrated voters.

“This is a guy who said all mail-in ballots are fraudulent,” the 77-year-old former vice president said of Trump.

Asked by host Trevor Noah whether he ever considered that Trump might not leave office even he were not re-elected, Biden said that he has, but stated he believed the military, if needed, would assure a peaceful transition of power.

“I’m absolutely convinced they will escort him from the White House with great dispatch,” Biden said.

“Leave it to Democrats to go out there and grandstand and level these conspiracy theories,” she told Fox News.

Trump has repeatedly tweeted ominous statements in recent weeks about voting, including a May 24 claim, without evidence, that “Democrats are trying to Rig the 2020 Election, plain and simple.”

A tweet two days later, in which Trump said there was “NO WAY” that mail-in ballots would be “anything less than substantially fraudulent,” earned the president his first-ever fact check by Twitter, which labeled the post misleading.

Trump’s repeated calls to prohibit voting by mail, even during a pandemic with Americans concerned about exposing themselves unnecessarily to the coronavirus, have fuelled concerns by Democrats.

Biden said several states were taking steps to make it harder for people to vote, and that as a result he will dispatch monitors “to every district of the country to patrol” against voter disenfranchisement.