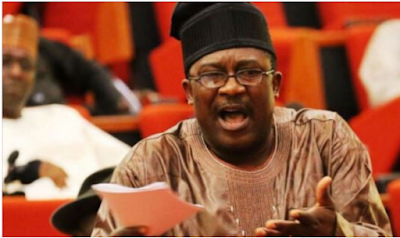 However, Melaye petitioned the tribunal seeking to be declared as the winner of the election.


He had urged the tribunal to order a fresh election on the grounds that the election was marred by irregularities and non-compliance with the electoral act.

The tribunal held that the petitioners failed to prove that the election was marred by inconsistencies, over-voting, violence and non-compliance with the standard of the electoral act.

The tribunal also held that the 71 witnesses called by the petitioners contradicted themselves during cross-examination and made “worthless, unreliable and unmerited statements” that cannot be relied on.

Meanwhile, Melaye has said he will appeal the verdict of the tribunal.