Travel resumes across Europe amid hopes of economic recovery 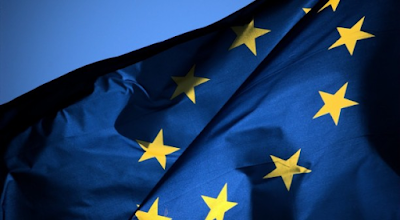 France, Germany and Switzerland on Monday allowed travel to resume three months after unprecedented restrictions were imposed in a bid to curb the coronavirus pandemic.

France reopened its borders with all EU countries except Spain, where restrictions would remain in place until June 21 in line with a similar decision on the Spanish side.

Passengers arriving from Britain would also be asked to self-isolate for 14 days, in line with British restrictions on individuals arriving from France.

Borders with non-EU countries remain closed to all but essential travel, except for incoming foreign students who can now head to France.

Traffic was reported on a motorway leading to the German-Danish border on Monday, just hours after Copenhagen lifted entry restrictions for German, Norwegian and Icelandic nationals.

Germany has however, lifted travel restrictions for most European countries.

A policeman said on Twitter that no traffic was reported at other border crossings in the area.

He added that a km long queue of cars was reported on the A7 leading up to the Kupfermuehle border crossing, where checks were still being conducted.

Germany’s Foreign Ministry removed a warning against travelling to 27 countries in Europe from its website at midnight, ending an unprecedented directive against all foreign travel that had been put in place to stem the virus.

Germany is also to stop carrying out border controls, although the checks have already been phased out at many crossings.

The travel relaunch is in line with a recommendation by the European Commission, which is urging EU members to reopen borders.

The Association of German Chambers of Industry and Commerce (DIHK) welcomed the lifting of restrictions, saying “the opening of EU borders could act as a second stimulus package for the German economy without costing the state a single cent.’’