Tragedy as man ‘kills’ wife, self in Lagos 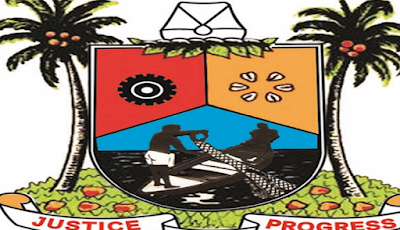 The police in Lagos have begun investigation into the alleged murder of a woman by her husband, Femi, who also allegedly killed himself.

The event occurred at their Victory Park Estate, Lekki residence where the couple and their young children moved into about three weeks ago.

It was gathered that the man allegedly bound his wife, sealed her mouth, shaved her hair and stabbed multiple times with different knives on the head and eyes.

He thereafter, ingested poisonous substances suspected to be pesticides.

He said: “They have commenced investigation. The corpse of the man and the woman have been moved to the hospital for an autopsy.

“Two kitchen knives were found there and two bottles of insecticides. The woman had injuries from stabbing while foams were coming out of the man’s mouth who is suspected to have drank the insecticides.

“That is the much I can tell you for now. I am in a meeting but will issue a statement after the meeting.”

According to preliminary reports, the couple was spotted jogging on Saturday night.

They were alleged to have had disagreements over the paternity of their youngest child.

Neighbours were said to have heard loud music from their apartment which lasted several hours prompted some of them to report noise pollution at the estate office.

The distressed neighbours were said to have demanded that the estate managers caution the couple which they agreed to.

On arrival at the apartment, the officials were said to have met the woman’s sister and her kids downstairs and explained their mission. She was said to have immediately gone upstairs to tell her sister but several knocks on the door were not responded to.

After her failed attempt, the estate officials decided to pull down the door and that was how they saw their bodies.