The HushPuppi I met is not a criminal – Daddy Freeze 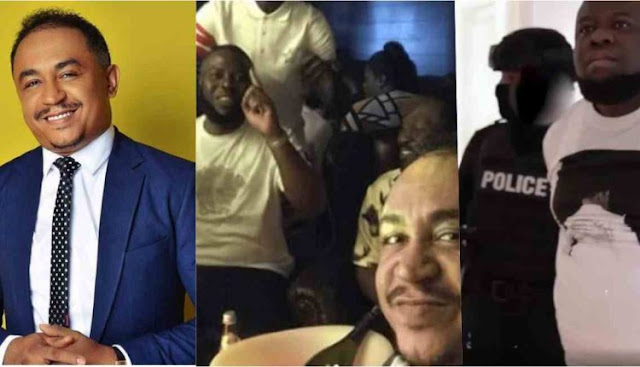 Nigerians called out the broadcaster on Twitter, following a mini-documentary on YouTube wherein he featured Hushpuppi, who was on June 10, arrested in Dubai for allegedly defrauding almost two million people of about N168bn.

In the video that has gone viral, the broadcaster could also be seen dining with Hushpuppi and mocking Nigerians who questioned his luxurious lifestyle on social media.


In the documentary, Hushpuppi was heard saying his driver collects more money in a month than a local government chairman in Nigeria.

Daddy Freeze said, “Hushpuppi’s driver earns #700,000 a month, you that are abusing him, you are doing houseboy work and you are collecting #35,000 you go on Instablog to go and abuse Hushpuppi… Instead of you to beg Hushpuppi make he use your papa do driver.”

Addressing critics on Friday, Daddy Freeze said he never knew Hushpuppi to be a criminal but a social media influencer and that if he knew, he wouldn’t have hung out with him.

Speaking about his infamous interview with Hushpuppi, the broadcaster said he was in Dubai for a Cool FM event when Hushpuppi reached out to him.

He said he had tweeted that he was in Dubai, Hushpuppi saw his tweet and invited him for dinner.

The 44-year-old OAP added that he does not support fraud in any way, and he would not have done a video with Hushpuppi if he had a case in court.

“As of the time I did the video, which is eight months ago, he had no case. Even now, until he is proven guilty by a competent court, we have to sit down and wait and allow the court to do its work.