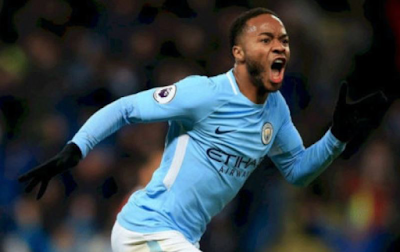 Manchester City attacker Raheem Sterling has admitted being a big Manchester United fan when growing up.

It emerged on Sunday that United are pondering a shock move for Sterling.

The Independent says Sterling is a name the club’s analytics department ‘have been working on’ as they settle on their summer targets.

And it’s emerged Sterling has stated he grew up supporting United.


Speaking to the Mirror last year he admitted he used to support the club.

“I shouldn’t really say this — not now, definitely not now! — but when I was young I was a massive United fan. I had an old United kit, from when they won the last FA Cup.”