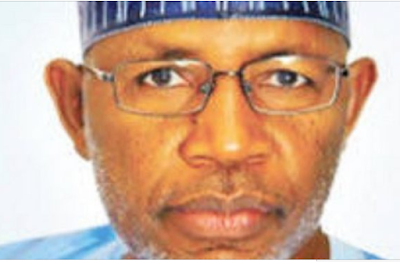 The senate has confirmed Lamido Yuguda, a former director at the Central Bank of Nigeria (CBN), as the director-general (DG) of the Securities and Exchange Commission (SEC).

They were confirmed after Ibikunle Amosun, chairman of the committee on capital market, presented his report.

“The committee recommends that the senate confirm the four nominees as appointed by Mr President, the commander-in-chief of the armed forces of Nigeria for the Securities and Exchange Commission (SEC),” Amosun said.


But before the question was put on the nominations, Albert Bassey Akpan, senator representing Akwa Ibom north-east, reminded his colleagues of a petition the Akwa Ibom caucus had filed against Yuguda.

The Akwa Ibom senators had wanted Mary Uduk, acting SEC DG, to be confirmed. Uduk has been acting as SEC DG since Mounir Gwarzo was suspended two years ago.

In response, Amosun said the petition does not stop the work of his committee since they complained about being “short-changed”.

“That petition will not hinder our work. They complained about being short-changed,” he said.

Senate President Ahmad Lawan said there was no a need for the ethics committee to present a report on the petition.

The senate then went ahead to confirm the nominees.