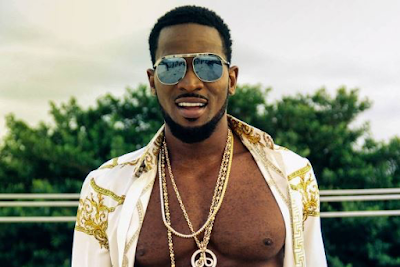 Over 15,000 persons have signed an online petition calling on the United Nations to strip Oladapo Oyebanjo aka D’Banj of his appointment as United Nations Ambassador for Peace.

They also called the attention of brands such as Heritage Bank Africa, One Africa, CSA Global, and other establishments associated with D’Banj to end their commercial relationship with him and stand in support of victims of sexual violence.

The petition was created by one E.Pooola on Change.Org had hit over 14, 000 as at the time Nigerianeye filed this report on Friday.

It read in part, “We call on the United Nations, and United Nations Women Africa organisations to remove Nigerian artiste Mr Dapo Oyebanjo as a youth ambassador and distance themselves from his actions following the sponsored kidnap of Seyitan who accused D’Banj of rape and sexual assault which happened in 2018.


“Women in Nigeria are increasingly at risk of sexual violence and the United Nations and United Nations Women Africa as an entity committed to the empowerment of women should not be seen to associate themselves with alleged rapists, abusers, and kidnappers.

“We ask the United Nations and United Nations Women Africa to support and lend their influence in helping Seyitan get justice for the abuse she endured in 2018 and the harassment and bullying in the past weeks.”

The Inspector-General of Police, Mohammed Adamu, had ordered a probe into the allegations of rape levelled against D’Banj.

Seyitan’s friend, Benjamin Ese, in a Twitter thread in early June, had told the story of how D’Banj allegedly raped Seyitan at a hotel two years ago – in December 2018.

She said it happened at an all-white party where D’Banj allegedly offered her friend some money to spend the night which she rejected until he surprisingly showed up in Seyitan’s hotel room around 2am – at midnight.

“D’Banj drove all the way from Eko hotel where he was lodged and came down to glee hotel in Victoria Island at midnight 2.40 am and collected the spare key from the receptionist,” Ese said in the thread which has since sparked an outrage.