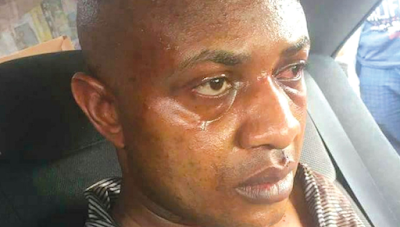 The absence of defence counsel on Friday stalled the trial of alleged kidnap kingpin, Chukwudimeme Onwuamadike, alias Evans and five co-defendants in an Ikeja High Court.

Friday’s proceedings which was slated for the adoption of arguments in  the defendant’s no-case submission, was stalled due to the absence of the defence counsel for Uche Amadi and Ogechi Uchechukwu (second and third defendants respectively).

Recall that a similar occurrence  happened on March 13. On that day, proceedings were also stalled due to Evans having no legal representation.

Registering his displeasure over the absence of Amadi and Uchechukwu’s defence counsel, Justice Hakeem Oshodi, queried why they did not make an appearance in court  in spite of being notified of the proceedings.


“The court notes with disgust the attitude of the counsel to the second and the third defendants. Their absence today has stalled any progress in this case.

“The second and third defendants should note that if they are not present during the next adjourned date, the Office of Public Defender (OPD) will have to take up their case.

“The Directorate of Public Prosecution (DPP) should notify the OPD of the next adjourned date. This case is adjourned to July 3, 2020 for adoption of no-case submission,” Justice Oshodi said.

Earlier during proceedings, the Lagos State Attorney-General and Commissioner for Justice, Mr Moyosore Onigbanjo (SAN) had also requested that the court should make an Order that the OPD should represent Amadi and Uchechukwu on the next court date if their counsel were still absent.

The six defendants were arraigned on Aug. 30, 2017 on two counts of conspiracy and kidnapping.

The prosecution alleged that the defendants kidnapped Dunu along Ilupeju Road, Lagos on Feb. 14, 2017 and collected 223,000 Euros (N100m) as ransom from his family.

The pharmaceutical boss, allegedly still held captive by the defendants because his family had not paid additional money to the ransom already collected, escaped captivity and alerted the police.