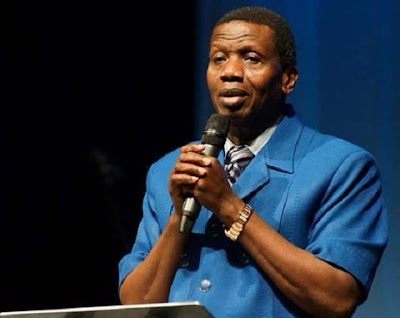 General Overseer of the  Redeemed Christian Church of God, RCCG, Pastor Enoch Adejare Adeboye, Friday night, said the  founder of the church, Reverend Josiah Akindayomi, was the destiny helper whom God used to bring him to his place of destiny.

Adeboye gave the affirmation while delivering his monthly Holy Ghost Service message titled ‘Let there be light 6’, at the June 2020 Holy Ghost night.

The cleric revealed that he had just spent two years in the church when Pa Akindayomi ordained him as a full pastor, noting that the action was unprecedented in the annals of the church.

According to him, one of the men who was similarly ordained same day with him had spent almost 15 years in the church before he was ordained pastor.


“Some jokers say it is easy to be a pastor in RCCG, that after six months that one could be ordained a pastor”, Adeboye said.

“Let them come and see how easy it is to be ordained as pastor. They think it is easy.

“You will see how long it will take you to go from being a worker, to being a deacon, then to being an assistant pastor before being ordained as a pastor”.

He further went on to cite several instances of miraculous interventions in the lives of people who carried out instructions God gave to them, stressing that the solutions to all human problems have been made available along with creation.