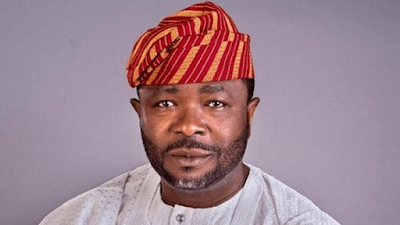 Sanwo-Olu and Obasa spoke during the Special Parliamentary Session held in honour of Osinowo at the House of Assembly.

Sanwo-Olu said the late senator meant different things to different people, adding that members of the state Executive Council had a special session for the late lawmaker on Monday because of his contributions to the development of the state.

“He was a very witty and jovial person. We enjoyed a high-level of comradeship.

Eulogizing the late senator, Speaker Obasa said that no one wanted to die, including those who wanted to go to heaven.

He stressed that the late Osinowo was a major-general in the corridor of Nigerian politics.

“We are gathered here to honour Senator Osinowo, a power broker who assisted many politicians to realise their dreams. I met him before we got to the House of Assembly, when we were strategising about who would be the Speaker of the 5th Assembly.

“Osinowo was an astute and grassroots politician and a super benefactor to many.”

Speaking via zoom, House of Representatives Speaker Femi Gbajabiamila commiserated with the lawmakers “over the great loss.”

He said many people have heard about the late senator and that there was no way one could talk about Lagos State and the House of Assembly as well as the Senate without mentioning Senator Osinowo.

“He will be remembered with fond memories. Let us remember those good times we had with him, his jovial ways and anecdotes,” Gbajabiamila said.

Other lawmakers in the Assembly also paid glowing tributes to the late Senator Osinowo. They described him as a mentor and a political leader, who they said mentored many and helped to stabilise the Assembly.

A former Speaker of the House, Hon. Adeyemi Ikuforiji, said he never knew that after five years and three weeks of leaving the House, the time he would speak in the chamber again would be a valedictory service for Senator Osinowo.

“Most of the old members and senior members of the APC know that Senator Osinowo was a close associate of mine. I spent 12 years in the house 10 of which I led the House, but we were close all through.

“When someone passes on in our clime, we don’t say bad things about him or her. Pepper, as I knew him, was a human being. He was an extra ordinary human being,” he said.