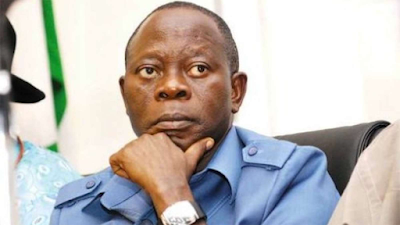 The All Progressives Congress (APC) chairman in Etsako West Local Government of Edo, Mrs Rabiat Ezolomhe, on Friday said that she and her members still remain in the ruling party.

Ezolomhe said while addressing newsmen in Auchi, that APC was their home and they will not abandon it.

Mr Adam Oshiomhole, the APC National Chairman, is from Etsako West; many Edo officials and members joined Gov. Godwin Obaseki of Edo to decamp to the Peoples Democratic Party (PDP).

According to her, we learnt that people are saying that we left the party. We are not leaving APC, it is our home, we cannot destroy the house that we built.


“We can’t run away from the house we laboured for since 2018, our tenure is not over yet, these are my members right here with me.

“Nobody can take away our position from us. We are not following anybody to any party. Our party is APC,” she said.

Similarly, APC chairman of Ward 10 in Etsako West Local, Mr Stephen Oshawo, also said that they are still APC members, saying that they did not decamp to another party.