Oshiomhole has no power to relocate our party secretariat -Edo APC 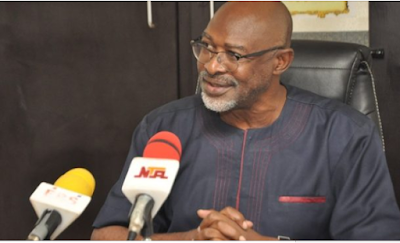 Oshiomhole had in a letter dated May 29, 2020, and addressed to the chairman, Independent National Electoral Commission (INEC), asked the commission to take note of the new address of the state secretariat.

“I wish to respectfully inform you that the All Progressives Congress has changed its address in Edo State to a new secretariat building at No. 18 Ighiwiyise Street, off Airport Road, Benin City,” Oshiomhole stated.

He also asked the state commissioner of police, the directorate of state security and the Nigeria Security and Civil Defence Corps (NSCDC), to take note of the new address.


However, in another letter addressed to INEC on Tuesday, Ojezua asked the commission to disregard the previous letter by the national chairman.

“Thus, by the clear provision of our constitution, the national chairman of our party not being a sole administrator thereof, has absolutely no role to play on the issue of the location of the state secretariat in Edo state.”

He further stated that Oshimhole’s actions also contravene a subsisting court order which directed all parties in the suit marked B/177/oS/19 to maintain status quo pending the hearing and determination of the suit.

“This attempt to relocate our secretariat is certainly ultra vires the powers conferred by our constitution on the national chairman who is attempting to usurp our powers,” Ojezua said.

“Being manifestly unlawful, you have an obligation and the path of constitutionality dictates that you ought not to comply with same sir.

“Our secretariat is and continues to remain at No. 59, Airport Road, Benin City. Please be well guided sir.”