Only 1,000 muslims will perform Hajj this year - Saudi Arabia 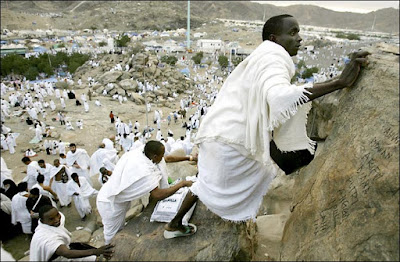 Saudi Arabia said Tuesday it will allow a drastically scaled-back hajj pilgrimage for around 1,000 pilgrims already present in the kingdom, as it battles a coronavirus surge.

The decision to exclude pilgrims arriving from outside Saudi Arabia, a first in the kingdom’s modern history, sparked disappointment among Muslims worldwide even as many accepted it was necessary due to the health risks involved.

The reduced number is a far cry from the 2.5 million who attended the five-day ritual last year, and it remains unclear what the selection process will be for this year’s hajj, scheduled for the end of July.

“The number of pilgrims will be around 1,000, maybe less, maybe a little more,” Hajj Minister Mohammad Benten told reporters in Riyadh.

“The number won’t be in tens or hundreds of thousands” this year, he added.

The pilgrimage will be limited this year to those below 65 years of age and with no chronic illnesses, Health Minister Tawfiq al-Rabiah said.

The pilgrims will be tested for coronavirus before arriving in the holy city of Mecca and required to quarantine at home after the ritual, Rabiah added.

The hajj — a must for able-bodied Muslims at least once in their lifetime — could be a major source of contagion, as it packs millions of pilgrims into congested religious sites.

The decision comes as Saudi Arabia grapples with a major spike in infections, which have now risen to more than 164,000 cases — the highest in the Gulf — with nearly 1,350 deaths.

Saudi Arabia has said the hajj will be open to people of various nationalities already in the kingdom, without specifying how many Saudis will be permitted or what the selection process will be.