Ogun ex-Governor, Gbenga Daniel in grief as he loses brother, driver in 24 hours 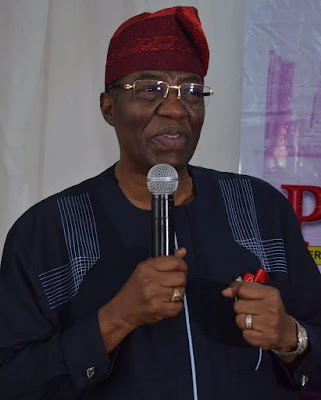 Daniel, had earlier on Monday, lost a driver, Toyin Ogunbanwo, who was allegedly killed by a hit-and-run motorist.

Daniel confirmed the deaths in a series of tweets late Tuesday night.

According to him, Bishop Simon Oye Daniel, who was the Provost, Imperial School of Health Technology, died at the age of 56.

The former Governor did not disclose the cause of Bishop Simon’s death.

In the tweet he titled, “A Season of Deaths: Call for Prayers”, Daniel said the last few days have been a season of deaths, praying God to rise up for the nation and put an end to what he termed the “untimely transitions”.

He said “This morning the cold hands of death took away my blood brother Bishop Simon Oye Daniel (Aged 56) without notice.”

He added that late on Monday, “one of our Drivers, Toyin Ogunbanwo was killed by a Hit and Run Driver” on his way home after work.

He recalled how he had shared condolences on other close personalities to his family in the last three days, including Late Mrs Ibidun Ighodalo and the late Senator of Lagos East, Sen. Bayo Osinowo, otherwise known as Pepperito.

While asking God to heal the land, Daniel prayed their souls to rest in peace.

Recall that a media Aide to the former Governor, Ayo Giwa, also died on May 10 after a brief illness.