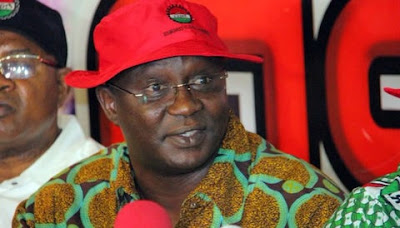 The President of Nigeria Labour Congress, Ayuba Wabba, has lamented the spate of jobs losses in the country, urging employers of labour to be slow in the process of laying aside workers.

He advised employers of labour not to be in a haste to adopt “hook, line and sinker” what is happening in other parts of the world.

Wabba said, “We are not at the same level of development as some of those advanced countries where there are social security covers that cover everybody including unemployment benefits.

“In our case, we do not have such and even those working in well-organised establishments don’t have enough social security covers.


“When you lose your job in Nigeria, whether in the informal or formal sector, there is no perfect social security cover.”

Wabba, who spoke in a television programme, urged employers to be considerate, smart and innovative in responding to the issue of high unemployment rate in the country.

He said the loss of jobs would threaten the country’s social fabric.

“In Nigeria, it would be a threat to security and the social fabric if we adopt some of those measures,” he said.

The NUC president called for social dialogue as a means to save workers’ jobs.

Wabba said, “The predisposition of labour is to adopt a social dialogue towards income protection and the threat to jobs. The employers have keyed into this and the Federal Ministry of Labour has made pronouncements on this.

“I recall the presidential address, which said we must respect our laws and the dignity of labour. Labour is not a commodity where you shave his head in his absence because workers are no longer valuable.”

Commending the Nigerian workers, he said, “It is only workers that have made the sacrifice no other group has made. When we got the N18,000 minimum wage some years back, politicians reviewed their salaries by 800 per cent.

“I agree that resources have dwindled. With the lockdown, even Value Added Tax that supplements the oil revenue also went down.”

Wabba said it was important to find a balance between continuous lockdown and how smart we can allow other establishments to work so that the challenges do not become compounded.