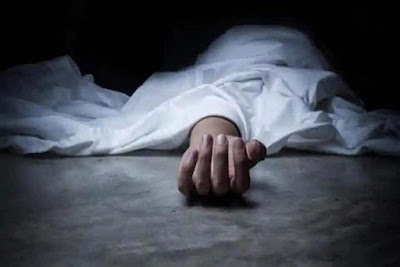 Two students of the Federal Polytechnic, Nekede, Owerri, Imo State, Cynthia Obieshi and Samuel Osuji, died during a s3x romp at the weekend.

The Police made the confirmation after the undergraduates were discovered dead on Sunday.

Orlando Okeokwu, Police spokesman, in a statement, confirmed that the corpses had been deposited in the morgue.

He said acting on a report received, “operatives of the Divisional Police Headquarters, Nekede/Ihiagwa Division, moved to Room 19, Vic-Mic Lodge”

The hotel is situated around the JMJ bus stop.

Okeokwu noted that officers “broke into the room and found the lifeless bodies of one Cynthia Obieshi and one Samuel Osuji”.

The police said Cynthia visited her boyfriend, Samuel on June 13, 2020, and passed the night with him, “but unfortunately, both of them could not wake up the next morning”.

The statement noted that preliminary investigation “suggests that they may have died as result of drug consumption”.

Okeokwu added that investigation of the incident has commenced.