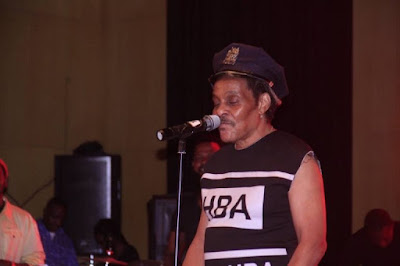 Nigerian celebrities have taken to their social media platforms to mourn the death of Music Legend, Majekodunmi  Fasheke, a.k.a Majek Fashek.

Fashek’s a.k.a rain maker’s death  was  announced by his manager, Omenka Uzoma, through a short video on his instagram page.

Some of the celebrities include  Chibuzor Azubuike a.k.a phyno ,  Olanrewaju Fasasi, a.k.a Sound Sultan displayed the reggae artist pictures on their Instagram pages

Other  include Yomi Black, Bimbo Esho, actress Toyin Adegbola and Jude Okoye were not equally left out.

Sound Sultan had this on his page: “Rest in peace, power Majek.”

Fashek died June 1, at the age of 57, in a hospital in New York.
Fashek was a Nigerian singer, songwriter and guitarist, who was best known for his 1988 album ” Prisoner of Conscience”, which included the multiple award-winning single, “Send Down the Rain”.