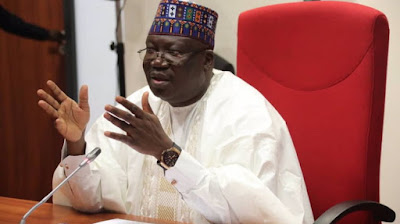 Senate President Ahmad Lawan says the country is losing $29 billion annually because of a lack of stable power supply.

The claim, which Lawan ascribed to unknown “authorities”, has not been confirmed by TheCable.

Speaking at a public hearing, ‘Power Sector Recovery Plan and the impact of COVID-19 Pandemic’, on Monday, the senate president asked the senate’s power committee to investigate how the sector was privatised.

He said the government should not be giving money to the distribution companies (DisCos) and if there is a need to provide funds for them it should pass through the national assembly.

“Jobs which ordinarily should be for Nigerians will have to be exported out. So as representatives of the people, in the senate, we believe that we need to up our game to ensure that this sector, very vital and important sector, receives the king of attention the government should give it,” Lawan said.

“Some authorities say we lose about 29 billion dollars every year because of lack of sufficient and stable power. That is equivalent to what our people are supposed to earn.

“The purpose of privatisation, just to remind us, is not for the government to wash away his hand, to run away from responsibilities. It’s an admission by the government that, first, it doesn’t have the resources required to move this sector forward.

“Is it part of the Share Purchase Agreement that we should be given this kind of money or what are we supposed to do as a government? What is our obligation?

“Government cannot afford to just spend money that you hardly understand why it is given and I will advise the Executive here, next time, if there will be any next time, to give such money, bring it to the national assembly for approval.”

Lawan said the privatisation of the power sector should be reviewed.