‘N250k, scholarship’ — meet the 9-year-old boy with voice that caught the attention of Uzodinma, Fani-Kayode 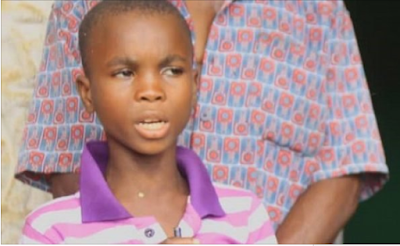 A nine-year-old boy from Imo state has caught the attention of some prominent Nigerians after video clips of him singing a gospel song in a melodious manner surfaced on social media.

Stella Oduah, a senator representing Anambra north, had during the weekend, shared a video wherein the little boy, identified as Oluomachi Joseph Opara, can be seen singing a Christian song — known in Catholic church as offertory hymns.

“Kedu ihe m ga e meere Chineke, Odogwu n’agha (translated as: what will I do for my creator, the almighty in battle),” his voice rings out in high pitch in the less than 60-second footage.

This amazing sonorous angel MUST be encouraged so I ask anyone that knows his whereabouts to help me locate him.

A full scholarship and also classes at our Music School awaits him already.


“This amazing sonorous angel must be encouraged so I ask anyone that knows his whereabouts to help me locate him,” the senator wrote, after which she promised the kid a full scholarship and “classes at our music school”.

A Twitter user immediately responded to Oduah’s tweet with another video of the boy singing melodiously, while another shared details of his family, including the father’s phone number.

Oduah’s post started to gain traction on the microblogging platform, raking in over 20,000 likes and 200,000 views in a very short while.

It also caught the attention of Hope Uzodinma, governor of Imo state; and Femi Fani-Kayode, former minister of aviation.

On his part, Uzodinma announced that he will be adopting the kid while also promising to sponsor his education to “Catholic priesthood (his career choice)”.

“I also undertake, personally, to sponsor him from primary school level (his current educational level) to Catholic priesthood (his career choice),” the governor wrote in a series of tweets.

In the same vein, Fani-Kayode showered praise on the internet sensation, adding that he “simply cannot believe that this young boy has such an extraordinary voice & that he is singing such beautiful songs of praise to the Lord.”

...Once I can confirm his identity and reach his family I will send 250,000 to him and pay for his school fees right up until university level. I urge others to help him too. This talented, gifted and blessed child should NOT be hawking and selling things in the streets. 2/4
— Femi Fani-Kayode (@realFFK) June 20, 2020