N-Power: How Nigerian govt shortchanged us – Beneficiaries cry out as batch A, B exit 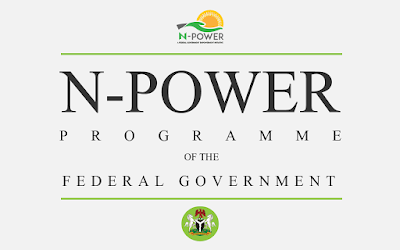 Beneficiaries of the Federal government’s social investment scheme under the umbrella of the 36 States and FCT N-Power Representatives Forum, has called on the President Muhammadu Buhari government to spell out the transition package for batches A and B who will be exiting the programme by June and July respectively.

The beneficiaries, in a statement on Sunday, said the Minister of Humanitarian Affairs and Disaster management, Sadiya Farouq, must not deceive over 500,000 Nigerian youths who fought hard to ensure the current administration returned to power in 2019 by putting out a mere promise of Entrepreneurial schemes to them.

They further threatened to embark on a nationwide protest if by the end of seven days the Minister fails to provide them with answers to their demands which include:

“Explain in clear terms the transitioning of beneficiaries into government’s entrepreneurship schemes.


“Assure the 500,000 beneficiaries mode of payment in this newly introduced transition schemes.

“When exactly are you going to pay over 80,000 volunteers that are owed March, April and May stipends.

“The entire 300,000 volunteers of Batch B and some in Batch A have not been given the promised device, when are they going to get it?

“When are you going to backlogs of Batch A and Batch stipends.

“Nothing short of the above will settle the beneficiaries at the moment and will not hesitate to notify our benefactor, President Muhammadu Buhari’s who is the initiator of this Programme,” the volunteers warned.

In the same vein, another volunteer of the N-power scheme, Babatunde (surname withheld) lamented the plight of beneficiaries across the country.

He said that the batch B volunteers, who are supposed be given some gadgets to enhance their program like the first batch (Batch A) until now, have not received the promised working tool.

Babatunde disclosed that the programme was running smoothly while it was under the office of the Vice President, Prof. Yemi Osibajo through his special adviser on job creation(Afolabi Imhuokude) until the President announced in his October 1st Independence Day address to the nation that the social investment programme which N-power was under, will be transferred to the newly created Ministry of Humanitarian and Disaster management.

“Since the programme was transferred to the new ministry under the incompetent and ineptitude stewardship of Sadiya Farooq, it has been struggling to live up to its expectations and its purpose; payment of stipends becomes a struggle and problem, beneficiaries were been owed up to 3 months stipends and all what Sadiya could say then was that the delay in payment of stipends was as a result of the transferring of the program to her ministry that they were taking time to sort the information and details of the Beneficiaries.

“Finally, the batch A and batch B N-power beneficiaries are to be exited from the programme in June ending and July ending respectively and the portal will be opened for new applicants into the program (Batch C) on the 26th June 2020. The below point transpired in the course of the program.

“From the above two statements, we can conclude that the batch B Beneficiaries has been really short-changed in the program.

“Some batch B beneficiaries of the program were owed ranging from 3-6 months stipends and no tangible excuse was given to that effect.

“Even if the beneficiaries are to be exited from the program, is it this period that the world is facing COVID-19 pandemic hardships and struggles? This move is callous and so insensitive by the Ministry of Humanitarian and Disaster Management.”