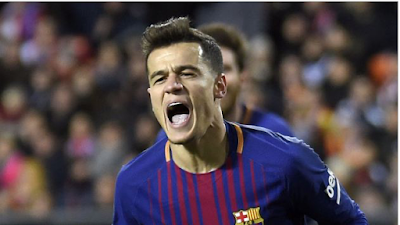 Tottenham boss Jose Mourinho has been forced to rethink their push for Barcelona midfielder Philippe Coutinho.

Coutinho is available for around £80million or a £9m season-long loan but he would want more than the £200,000-a-week Spurs pay their top-bracket stars including Harry Kane.

That would break Tottenham’s wage ceiling.

Mundo Deportivo says Mourinho is not prepared to do that and upset the rest of his stars, who would demand pay hikes.


Spurs might have to fork out around £9m for next season to take the 27-year-old Brazilian.

Although that would be a figure Spurs bean counters would be agreeable with, Mourinho feels the talisman’s wages would be a huge stumbling block.