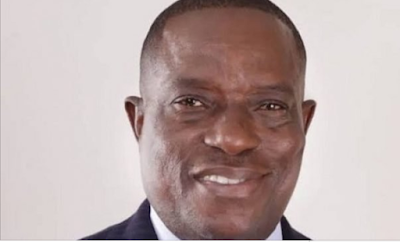 Victor Giadom, the deputy National Secretary of the All Progressives Congress, APC has resigned.

Giadom, a former ally of Oshiomhole turned foe, claimed this morning that he was the acting national chairman of the APC, following court-ordered suspension of Adams Oshiomhole.

Today, in a dramatic twist, the APC National Working Committee, formally accepted his resignation, knocking the bottom out of his claim as APC acting chair.

The development introduced another dimension to the ping-pong drama playing out at the APC National Secretariat.

In another move, 18 members of the NWC re-affirmed bed-ridden Ajimobi as the acting national cahairman, in the absence of Oshiomhole.

But because of the Ajimobi’s absence, the NWC also picked Prince Hilliard Etta to act on Sen. Ajimobi’s behalf.

Publicity secretary, Lanre Issa-Onilu said the party’s action is backed by its constitution.

The party’s constitution, “empowers the NWC to appoint one of its members in acting capacity and stipulates that the acting National chairman must be from the zone of the National Chairman”, Onilu said.

In the meantime, the NWC has trashed Giadom’s cancellation of the Edo governorship screening, which disqualified Governor Godwin Obaseki as candidate.

The election via direct primary is scheduled for 22nd June, 2020.

Here are the members of the two committees:.