Mbappe opens up on two PSG departures that hit him hardest 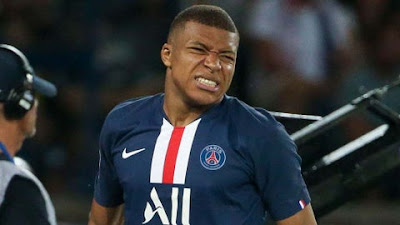 Kylian Mbappe says the departures of Lassana Diarra and Gianluigi Buffon from Paris Saint-Germain had a big effect on him.

Diarra only spent a year at the Parc des Princes, announcing his retirement when his PSG contract was terminated by mutual consent in February 2019.

The Le Havre academy product played for Chelsea, Arsenal and Portsmouth before heading to Real Madrid in 2009.

After some time in Russia with Anzhi Makhachkala and Lokomotiv Moscow, Diarra went to Marseille for 18 months and joined Al Jazira in the United Arab Emirates upon his release, prior to joining PSG.


Mbappe valued Diarra’s advice and also the presence of World Cup winner Buffon, who played for PSG in the 2018-19 season before heading back to Juventus on a free transfer.

“He was Uncle Lass, a big brother you could count on,” Mbappe told L’Equipe. “He often told me about his career, his clubs. He made mistakes, so he advised me.

“He helped me during complicated times. The high level – he knows what he is talking about. He went to a lot of clubs all over the place. He left home very early, and alone. I always liked listening to the elders. Buffon was also very important to me.

“But Lass wasn’t just talking to me. He also spent a lot of time with Presnel Kimpembe. And he always played this role even when he was not playing. That is very important.

PSG were declared Ligue 1 champions when the season was curtailed in April amid the coronavirus pandemic.

They will return to action in the Champions League quarter-finals in August.