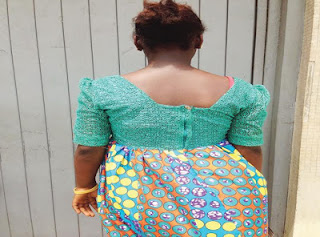 A health worker, identified simply as Ebere, has allegedly raped an 11-year-old maid in the Otukpo Local Government Area of Benue State

It was gathered that the incident happened on Tuesday in a house along Otukpo-Aliade highway in Otukpo town.


The girl was said to have been brought from the village in the Obi LGA to work for Ebere and his wife.

A resident of the area said Ebere’s wife travelled to Kaduna when the husband raped the girl.

The resident, a member of the council vigilance group, said, “The girl said when Ebere’s wife travelled to Kaduna on Monday, the man came home behaving like a drunk and tried to touch her but she fled.

“On Tuesday, he came back again and dragged the girl to his room where he raped her.

“When he was arrested, he claimed to have acted under the influence of alcohol, saying it was never his intention to molest the young girl.”

The Benue State Police Command spokesperson, DSP Catherine Anene, said that the suspect had been arrested.

“Both the suspect and the victim have given their statement at the Otukpo Police Division,” Anene said.