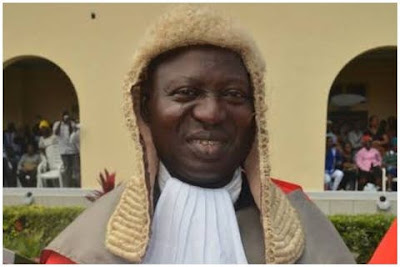 The inmates were pardoned at an open court session presided over by the Chief Judge on the premises of the Lagos State Magistrates’ Court in Igbosere, Lagos Island.

Justice Alogba said the exercise was in line with the efforts by the Federal Government to decongest the prisons as part of strategies to tackle the COVID-19 pandemic.

He said he granted pardon to the inmates pursuant to Section 1 (1) of the Criminal Justice Release from Custody Special Provision Act, 2007.


The Chief Judge advised the pardoned inmates against returning to crime, stressing that with Lagos State database and fingerprints of criminals, harsher punishment awaited them, if they were ever caught committing a crime.

“Don’t think that if you go back and breach the law, we won’t know; we will know because in Lagos State we now have a database and fingerprints. If you are caught in crime and brought back, your punishment will be severe,” Justice Alogba said.

He said the selection of the pardoned inmates followed due diligence because, from past experience, inmates who were undeserving of pardoned had been inadvertently released.

The Controller of the Lagos Command of the Nigerian Correctional Service, Samuel Iyakoregha, thanked the CJ for the gesture.

He noted that the amnesty exercise was moved from the correctional facility to the court premises because of the bad state of the road leading to the facility in the Apapa area of Lagos.

Iyakoregha, while lamenting that inmates taken out for court hearings were often returned late to the custodial facility due to the poor state of the road, appealed to the Chief Judge to direct that criminal cases should be heard early in the day.