Lady who accused D’banj of rape refutes being arrested 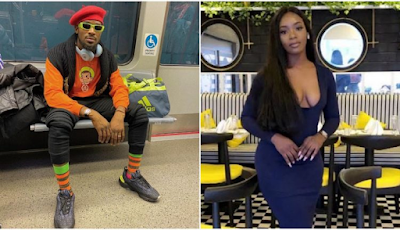 A certain lady, Seyitan who accused Dbanj of rape has denied that she was arrested.

In a post shared via her Twitter page on Wednesday, June 17, 2020, the young lady said she was moving on with her life.

She went on to negate the claims that she was arrested alongside her mother.


“I’m done with all these back and forth drama…Frank took me to the party and gave me the key to the room. I’m moving on and leaving everything behind me. Thanks and God bless,” she tweeted.

I don’t know where all this rumors are coming from. Myself and my mom were not and have not been arrested.” 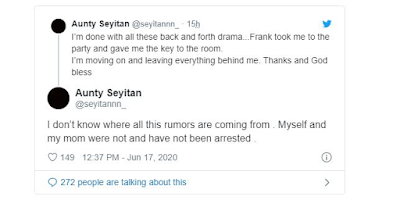 Seyitan’s tweets came barely a few hours after the rumours started filtering that she was arrested by the music alongside her mother.

It was earlier reported that D’banj had earlier taken to his Instagram page where he demanded an open apology and a compensation of N100M from the young lady.