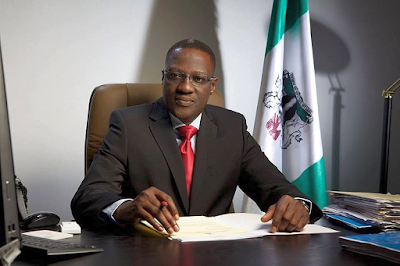 The Kwara State House of Assembly has asked the state government to probe the immediate past governor o the state, AbdulFatah Ahmed and the Director General, KP3, Yomi Ogunsola over their alleged handling of the “Light Up Kwara project.

The house accordingly urged the executive to hand them over to the Economic and Financial Crimes Commission (EFCC) for further investigation.

The House also directed the state government to hand over Investment One that handled the Infrastructure Fund Kwara (IFK), Reccofortezza-A Steven and Rubitec, contractors that handled the Light-Up Kwara Project over the same reason.

These were part of the resolutions of the House plenary on the report of an Ad-hoc Committee on the investigation into the Light-Kwara project executed by the last administration in the state.


Reading the resolutions of the House, the Speaker Yakubu Danladi Salihu , said the state government should review the terms and conditions of contract for the project and direct the contractors to complete all outstanding work on the project.

Hon Salihu further urged the government to transfer all the activities of Light-Up Kwara project to the supervision and monitoring of the State Ministry of Energy in the interest of accountability and transparency.

The speaker added that the state government should order the then Director General of KP3 to return to Nigeria to shed light on the grey areas of the project.

The legislature had 3rd October , 2019 plenary set up the Ad-hoc committee to probe the activities of the Light- Up Kwara roject of the immediate past administration in the state.