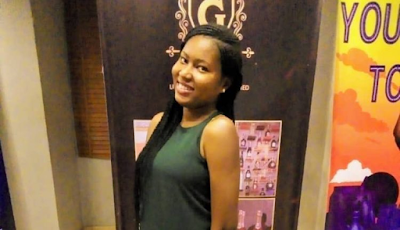 The Nigerian Senate has condemned the rape and killing of Miss Vera Omozuwa, a first-year undergraduate student of the University of Benin (UNIBEN), and made a case for a national campaign against rape and violation of the girl child.

The Senate also called for the immediate arrest of the person(s) involved in the rape and murder of Miss Omozuwa, mandating security agencies to employ strategies to check the rising cases of rape in the country.

The call followed a motion by Senator Sandy Onor, who citing Orders 42 and 52 moved that the Senate do condemn the rising incidences of rape across the country, noting that a 16-year-old girl was equally recently raped in Lagos State.


Senator Akon Etim Eyakenyi, contributing to the motion, said the particular issue of rape has been raised and spoken against severally in the Senate.

“It is not just arresting the culprits and taken to the police station, the court and then sentenced to a few years of jail time that is enough. A severe penalty should be given to such culprits,” Senator Eyakenyi said.

Also, Senator Betty Apiafi joined in condemning the violation, she said has become a daily occurrence in the society. She added the rape incidence of a 12-year-old girl in Jigawa State to the motion and called for not just stiffer penalty but stronger advocacy against rape.

Meanwhile, Senator Uche Ekwunife commended the mover of the motion. She said the issue of young girls being raped is no longer news, but what is news is that it is on the increase.

Following deliberations on the motion, the Senate condemned the killing of the girls, called for the immediate arrest of the perpetrators, and observed a minute silence in honour of the two girls and others who have fallen victims of rape.

The Senate also urged security agencies to ensure the enforcement of the child rights act, which includes forceful marriage, while also urging State’s Houses of Assembly to amend the code to make rape punishable.