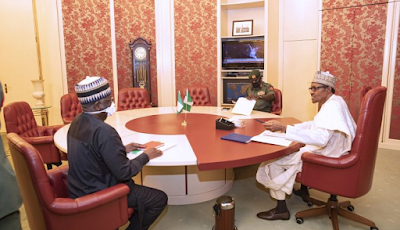 The agenda of the meeting between the President and Buratai was unknown as at the time of filing this report.

However, it was gathered that the Chief of Army Staff would use the opportunity of the meeting to update the president on his recent mission to the battle fields in the North East.

Buratai had in April relocated to the North-East to coordinate the ongoing war against the Boko Haram and the Islamic State West African Province terrorists by the Nigerian troops.


Buratai, who lost his biological mother while battling the Boko Haram insurgents at Sambisa forest, returned to Abuja on Sunday to brief the president on the progress report so far.