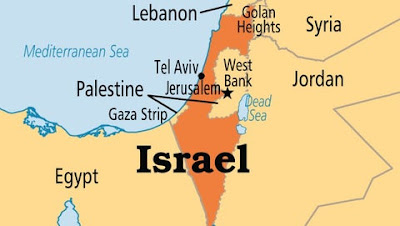 ‌
Three weeks after Israel reopened the doors to all of its schools, more and more are closing again amid a rise in coronavirus cases among pupils and teachers.

With 347 pupils and teachers testing positive for the virus, 127 schools did not reopen on Sunday, the beginning of the workweek in Israel, according to an Education Ministry statement.

The number of pupils and staff in home quarantine grew from slightly more than 16,000 to almost 17,500 in little more than 12 hours.

Most of the new cases are from Jerusalem, particularly from one high school, the Hebrew Gymnasium, where, as of Sunday, 148 pupils and staff have tested positive.


Also, four more Israeli lawmakers had to go into home quarantine, because they had had contact with an Arab lawmaker, who tested positive last week.

Sami Abu Shehadeh, a member of the Arab Joint List party, in a post on Twitter late on Wednesday, called on all to abide by Health Ministry instructions and warned: “We must all internalise that the battle is not over yet’’.

Israel was quick to impose a stringent lockdown in mid-March, resulting in a relatively mild outbreak of the pandemic in the small Middle Eastern country.

But it was also quick to lift the lockdown.

Schools were reopened on May 17, followed by hotels, swimming pools and restaurants some 10 days later.

On Saturday, Israel’s beaches were packed, with many beachgoers ignoring an obligatory Health Ministry guideline to wear a face mask.

Only 29 are in serious condition, of whom 23 are on respirators.

The Health Ministry said that 297 people have died from the virus since its outbreak, necessitating the shut down of some schools after reopening.