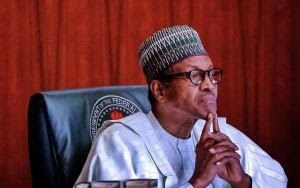 Murtala Abubakar of the Coalition Against Killings in Northern Nigeria, CAKIN, has said that Northerners wasted their votes in electing President Muhammadu Buhari.

According to him, “this is because they thought his administration could defeat Boko Haram and banditry,”.

His reaction was coming on the heels of another bandits attack that resulted in the death of no fewer thàn 15 peasants in Dansadau community of Zamfara state this weekend.

Abubakar also said he regretted that 4 Adara men were killed for putting off fire on some Fulani settlements in Doka, Kajuru LGA of Kaduna state by their people who queried why would they associate with the Fulani.


“Three days ago Fulani were kidnapped by bandits in Kajuru and Kachia, wish to say it loud that the killings in Kaduna, Katsina and Zamfara, are the same .”

“It is not religious as being advanced by some groups in the state.”

“The primary responsibility of any government whether autocratic, dictatorship or democracy, is the protection of lives and property.”

Describing the promise of the Buhari administration, Abubakar said; “this is a government that was democratically elected after promising us 3 fundamental agenda and one of it is securing Nigeria from all manner of threats or attacks, particularly from Boko Haram.”

“That is why a lot of votes came from the North because, in northern Nigeria, one of the biggest challenges is insecurity.”

“But, instead of seeing improvements, we are witnessing its escalation in the North-East or North-Central. Nowhere is safe in the North. Go to Benue, it’s not safe.

“Go to Sokoto, Yobe, Borno, Taraba and everywhere else in the North, you see huge number of Nigerians displaced in their own country and this is a tormenting and traumatising experience for all of them.”

He said in  Nigeria and, particularly, in the northern region, not a single place is safe now.

“Anybody can become a victim now. If this is so, it is our responsibility to rise up and call the attention of the government to this and even make demands. This is the least that we can expect — that government should protect us. It is our right.”