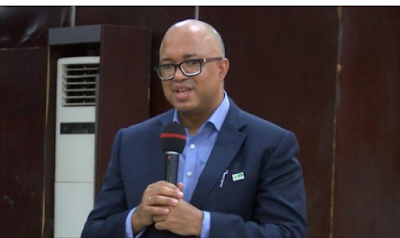 He said: “The NCDC feels the Bill, as drafted, gives excessive powers to the Director General of the organisation.”

Ihekweazu re-echoed the observations of other health stakeholders that the Bill does not meet human rights stipulations enshrined in the Constitution.

“The Control of Infectious Diseases Bill is the first concrete effort by the legislature to address these problems and is, therefore, a step in the right direction.


“The Bill is laudable for recognising the need to rapidly strengthen the existing system for managing public health emergences,” he said.

The minister and the council expressed their observations during the concluding part of the public hearing on the Bill at the National Assembly.

The two-day hearing on the contentious Bill was held by the Joint Committees of Justice, Health Services and Health Institutions.

While NIREC supported the egislation, saying there are gaps in the laws on infectious diseases in the country, Ehanire noted that another law was unnecessary.

The minister said he would prefer the Bill to be subsumed in the NCDC Amendment Act and the Quarantine Amendment Act.

In a presentation by its Executive Secretary, Prof. Cornelius Omonokhua, NIREC said: “We observed that there are provisions in the Bill which are likely to affect religious activities or sensitivities. One of provisions is that of Section 12 of the Bill which deals with disposal of dead bodies.

“Another such provision is that of Section 19 of the Bill which deals with prohibition or restriction of meetings and gatherings. The National Assembly should avoid inserting provisions that do not take religious sensibilities or federal structure of the country into cognisance.”

Christian Association Of Nigeria (CAN) on Thursday urged Nigerians to reject the passing into law the proposed Bill.

It described the Bill as a conspiracy to destroy civil and human rights of Nigerians.

CAN National Secretary Joseph Daramola addressed reporters at the Ecumenical Centre in Abuja after speaking before the Committee on Health Control of Infectious Diseases Bill 2020 during a public hearing of the House of Representatives Committee on Healthcare Services.

He said: “CAN has reviewed the Control of Infectious Diseases Control Bill 2020 (HB 836). We have studied the Bill (in-depth) and observed that if passed for implementation, it shall trigger anarchy, disorder and insecurity. It is ‘superfluous’ but undermines every other authority in the Federal Republic of Nigeria (The President, state governors and the likes). It will make the Legislature that enacted the law become irrelevant towards implementation and control.”

“If passed into law, it will violate the supremacy of 1999 Constitution of the Federal Republic of Nigeria, as amended, with multiple ultra vires contraventions, vide Section 1(1) and (3) of the Constitution. The Bill is gross infringement and multiple violations of Citizens’ Fundamental Human Rights making it supra-constitutional entity.”