Indecent dressing is not an invitation to rape-Yul Edochie 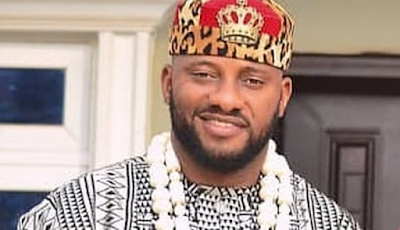 Nollywood actor and director, Yul Edochie says indecent dressing is not an invitation to rape.

In a tweet shared via his Twitter page on Sunday, June 7, 2020, the movie star turned politician said indecent dressing should not be a benchmark for any woman to be raped or sexually harassed.

“I do not encourage indecent dressing. But no matter how indecently dressed she is, guy it’s not an invitation for rape,” he tweeted.

“If you both agreed on pay as you go, you pay, she no wan give you, get ur money back through non-violent means. Do not touch her. There’s no excuse for rape.”


Recall that actor and media personality, Uti Nwachukwu was recently accused of raping a lady, a claim he debunked.

Nwachukwu stated that he was away in Houston, Texas, US, on August 5, 2017, the date of the alleged incident.

Uti submitted his petition through his lawyers, Johnmary C. Jideobi and Co., at the IGP’s office in Abuja on Friday.

The lawyer, Johnmary Jideobi, stated that his client emphatically denied all the allegations contained in the impugned tweets of Kambili Korie which are nothing but the figment of the imagination of the person who contrived same.