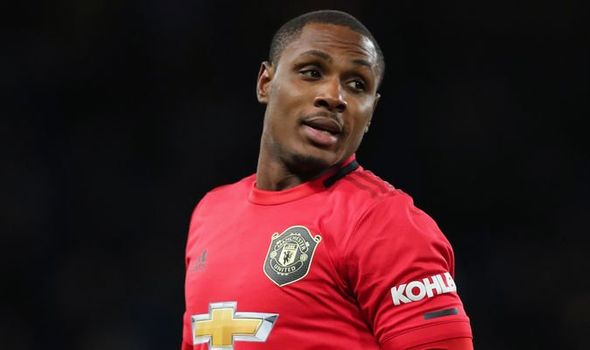 Odion Ighalo said on Tuesday he was living the dream after his loan move to Manchester United was extended despite the coronavirus pandemic.

The Nigeria international, a lifelong United fan, joined the club on loan from Shanghai Shenhua in January due to the COVID-19 situation then prevailing in China.

But the virus then spread to Europe and brought the Premier League season to a halt in mid-March.

It looked then as if the 30-year-old’s career with United might amount to just eight games given his original deal was due to expire on May 31.

But ahead of the Premier League season resuming on June 17, United said Monday they had agreed with Shenhua to extend Ighalo’s loan move until January.

“I’m really happy. It’s a dream for me to be here. I’m buzzing and ready to go,” Ighalo told MUTV.

“The last few days have been difficult as there have been different talks about it but now I’m really happy, so I need to concentrate fully. I’m here until the end of January, so it’s good for me.”

The most recent of Ighalo’s four goals for United came in a Europa League match away to LASK, a fixture played behind closed doors as a result of coronavirus measures in Austria.

Fixtures without spectators will become the norm when the Premier League resumes and Ighalo, recalling his experience, said: “It was strange, you know, but it’s OK.

“We know there is nothing we can do now but play behind closed doors and we’re happy to do it.

“In the game against LASK, it was strange because you could hear everything when your team-mates shouted. In a normal game, you can’t hear, but it was clear and loud.

“It’s a bit strange without fans, and difficult, but we have to be safe so we have to do it.”