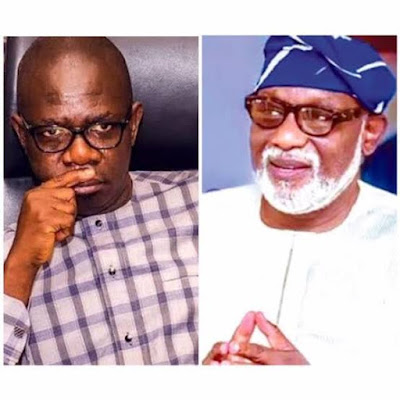 Moments after he dumped the All Progressives Congress, Ondo State Deputy Governor, Agboola Ajayi, says he is still the deputy governor of the state, adding that he will not resign his position.

It was earlier reported that Ajayi decamped to the Peoples Democratic Party on Sunday.

Tendering his resignation letter at the APC Secretariat in Apoi Ward 2, Ese Odo Local Government, Ajayi said everybody knew why he left the APC.

He said, “I am here to officially announce to you that as from today, I ceased to be a member of the APC. I came to tender my resignation letter to the ward chairman.

“It is a painful thing that I’m leaving the APC but there is time for everything. As a Nigerian, I have the fundamental freedom to belong to any party or group