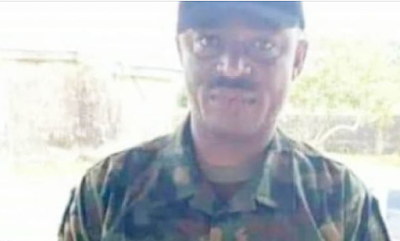 Tijjani Balarabe, a captain with the Nigerian army, has admitted to helping Hamisu Bala (Wadume), a suspected kidnap kingpin, remove his handcuffs and helping him escape, The PUNCH is reporting.

On August 6, 2019, some soldiers attached to Battalion 93, Ibbi-Takum road, led by Balarabe, were reported to have set Wadume free and subsequently killed some of the officers who arrested him.

Three policemen and two civilians were killed during the incident, while five other police officers were injured.

The soldiers are now being questioned by a joint panel charged with probing the incident.

In his statement to the joint investigation panel in charge of probing the incidence, Balarabe said he used a spoon to open the handcuffs.

Despite receiving N106.3 million as ransom, Wadume allegedly killed his victim, Usman Garba, because his family failed to provide the N20 million balance he demanded.

Balarabe said he had interviewed one of the injured police officers after Ibrahim Muhammed, an army sergeant, shot at the tyres of one of the vehicles conveying the policemen.

“The guard commander of Gidan Waya told me that the locals arrested one of the suspects and he was with him at the checkpoint and he was having a police ID card; the suspect said he was a policeman from Abuja,” Balarabe was quoted to have said.

“Lt Yushau Saad brought him from Gidan Waya with the ID card. I interviewed him and he said they were sent from Abuja to arrest the alhaji (Wadume). We moved the injured policemen to the hospital and the DCO Wukari (ASP Aondona Iorbee) confirmed that they are policemen.

“When I arrived at the camp, my soldiers and ASP Iorbee and a civilian were removing handcuffs from the alhaji (Wadume). I entered my kitchen and picked a spoon to join them in removing the handcuffs.”

The army captain further explained that he took Wadume and his two sisters to his house while he went to Ibbi town with Saad to retrieve some rifles belonging to the IRT policemen. He said on returning, Wadume had disappeared.

“Before I left for town, Hamisu (Wadume) and his two sisters were in our parlour. I came back to the camp and could not find Hamisu. I asked my CSM as the next person (officer) to me in the camp, he said he didn’t know when he went out,” he said.

“I called alhaji (Wadume) and he said he was on a drip at a clinic. I went to the clinic, he was not there. I called him again but he had switched off his phone. All efforts to trace alhaji proved abortive.”

Balarabe also said Wadume had a good relationship with security officials in Taraba state, including the state commissioner of police.

He said: “I got the number of the commissioner of police from Hamisu because they are good friends. He called the CP before he asked me to call him in respect of a case of Fulani and Jukun”.

He admitted to asking Iorbee to switch off his phone “so that the military police can’t get him on the phone”.

These officers were initially joined as defendants in the case filed by the police at a federal high court in Abuja.

Binta Nyako, a judge, gave an order for the indicted officers to be produced following an application by Simon Lough, prosecution counsel, who told the court that the Nigerian Army had refused to release the suspected officers for prosecution despite a request by the police who is prosecuting them.

However, the office of the attorney-general of the federation took over the prosecution of the case and the names of the army officers have been severed from the charge.