I have proof to support bribery allegation – Obasi 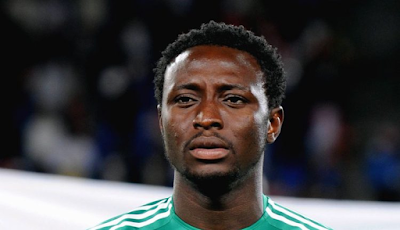 Former Super Eagles forward, Chinedu Obasi, says he has evidence to show he was asked to pay bribe to be included in Nigeria’s squad to the 2014 World Cup in Brazil.

Obasi in an Instagram Live interview with Kelechi Bernard on March 8, said officials asked him to pay a bribe to be included in the squad but refused because he felt it was not the right thing to do.

After the interview, Nigerians urged the former Schalke 04 forward to reveal the names of the officials who requested bribe from him.

Reacting in an Instagram Live interview with Legit, Obasi, said, “If I share names, what is going to happen? The interesting thing is that the media or people come out and act like they don’t know that something like that exists. And some people attacked me personally, that how could I say that.


“I am telling you about what happened to me, you don’t have to doubt me. I don’t have anything to lose; I don’t expect anything from anybody.

“It’s just like all the rape cases trending in Nigeria, if someone says this thing happened to him or her, why would you try to challenge the person when you were not even there? But at the end of the day, it’s my word against others. I didn’t even intend for the whole situation to escalate to the level it is because I was just answering a question on a live chat and someone asked why I didn’t go to the 2014 World Cup.

“I heard one of the coaches saying I didn’t make the team. How could he say I didn’t make the list when I was not only in the team but I already had an invitation and the necessary documents to go to the World Cup already sent to me to get my visa.

“I respect everyone’s opinion, I never intended to disrespect any of our ex-players, I just said what happened to me and I am not going to call anybody’s name and that is my own personal decision but I have proofs to back it up,” he said.