I have nothing else to accomplish, says Undertaker as he announces retirement from wrestling 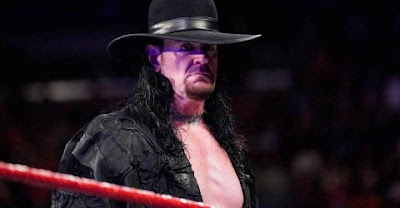 After over three decades, the legendary professional wrestling career of Mark Calaway, better known as WWE superstar The Undertaker has officially come to an end.

In the final episode of his WWE Network docuseries Undertaker: The Last Ride, the multi-time champion explained that he feels it’s time to walk away from the ring, saying he has nothing left to accomplish and that for the time being, his Boneyard Match against AJ Styles at this past WrestleMania should be seen as his final match.

“I’m at a point, it’s time this cowboy really rides away,” Undertaker said. “There’s nothing left for me to conquer or accomplish… The game has changed. It’s time for new guys to come up. The time just seems right.”

The Phenom confessed that the docuseries “has helped me discover that and opened my eyes to the bigger picture and not judge myself as harshly these last few years,” and that he “can do more good outside the ring than I can inside. I’m finally at a place where I can accept that.” As for his last match, Undertaker said, “I believe I’m at a place now, post-Boneyard, which was a hellacious battle against one of the best in the business. Here you are, climbing on your motorcycle and taking off.”


Undertaker did not rule out a potential return to the square circle, provided circumstances call for it. “If [WWE CEO Vince McMahon] was in a pinch, would I come back? I guess time would only tell there. In case of emergency, break glass, you pull out The Undertaker. I would consider it.” For the time being, however, the legendary performer has “no desire to get back in the ring.”

Then, of course, there’s the fabled Streak, in which the Deadman went undefeated in 21 consecutive WrestleMania appearances from 1991 to 2013. The Streak came to an end at WrestleMania 30 in 2014, when ‘Taker lost to Brock Lesnar. He has since suffered one more loss at WrestleMania, in addition to four victories — including his most recent confrontation with AJ Styles — making his final record at WWE’s flagship event 25-2. Nevertheless, he remains one of the most beloved performers among WWE fans.